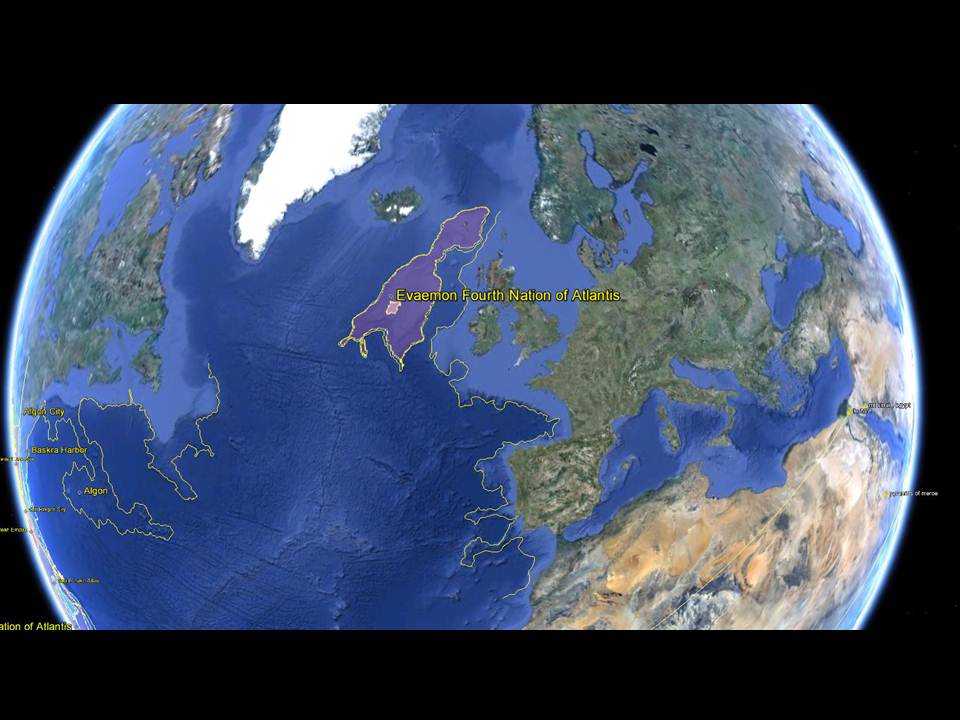 Reading Plato’s listing of the ten nations of Atlantis may give clues as to the locations and relative sizes of the countries Poseidon allocated to his ten sons. The sons were five sets of twins. It appears that the first born of each set of twins got big countries. The second born of each set got little countries. I think Poseidon was playing favorites. This might make more sense when I post the Second Nation of Atlantis, Eumelus, and the Ninth Nation of Atlantis, Azaes. Tiny islands compared to what their older twins got.

I used legends and ancient names that sounded similar to Evaemon to guess where it might have existed.  Evaemon sounded similar to Avalon, the Irish legend of a drowned island west of Ireland that was owned by a “god”. I read a myth where this god flew over his sunken island and mourned its demise. I wonder if the stories of Avalon are based on a dim memory of Evaemon.

I also wonder if the Norse legends of Valhalla might be influenced by a memory of Evaemon. Valhalla was a great hall in a land called Asgard.  I wonder if Valhalla is Evaemon and Asgard is Atlantis.  Having lived in Europe I am used to countries and places having more than one name. I lived in Germany. It is called Deutschland by the Germans. It is called Allemagne by the French. The German name trumps our version and the French version since they live there. But what if Deutschland suddenly vanished?  Would it only be remembered by foreigners like us and the French? Would only our versions survive? Could this be why the legends sound similar but not the exact same?

The world is full of ancient ruins that seemed to be designed to survive disasters.  Pyramid platforms are highly resistive to tidal waves and earthquakes.   According to Plato and other sources, the Second Age was populated by survivors of a massive flood that destroyed the First Age or Golden Age.

Evaemon got the short end of the real estate stick. His little island country was not a good place to live if a 2000 foot high tidal wave ever came knocking. However, the more frequent tidal waves were probably of the 35 foot tall variety, similar to the zsunami that devastated the Indian Ocean region on 26 December 2004.  I decided to place Evaemon’s regional capital inland on a plateau between two mountains.  Future underwater archeologists might want to take their first core samples here and go about fifty feet below the sediment for possible evidence of an urban ruin. 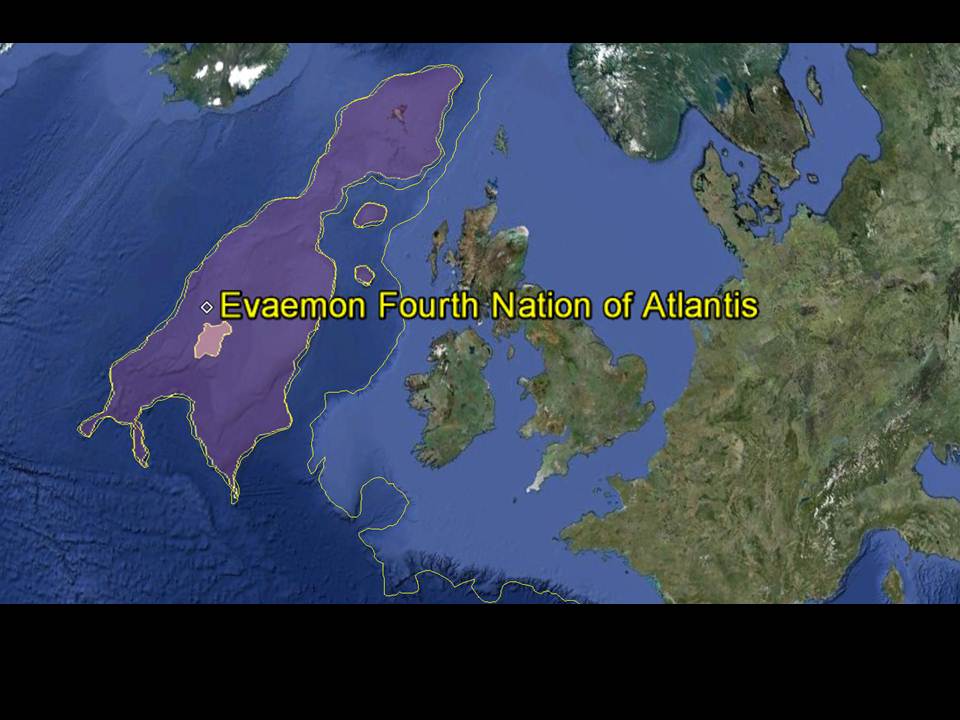 I positioned the theoretical regional capital on the south end of the island where it would have had access to an ice free harbor.  I put it on the western side of the plateau where the western mountain range would have possibly shielded the unlucky Evaemon from arctic winds.