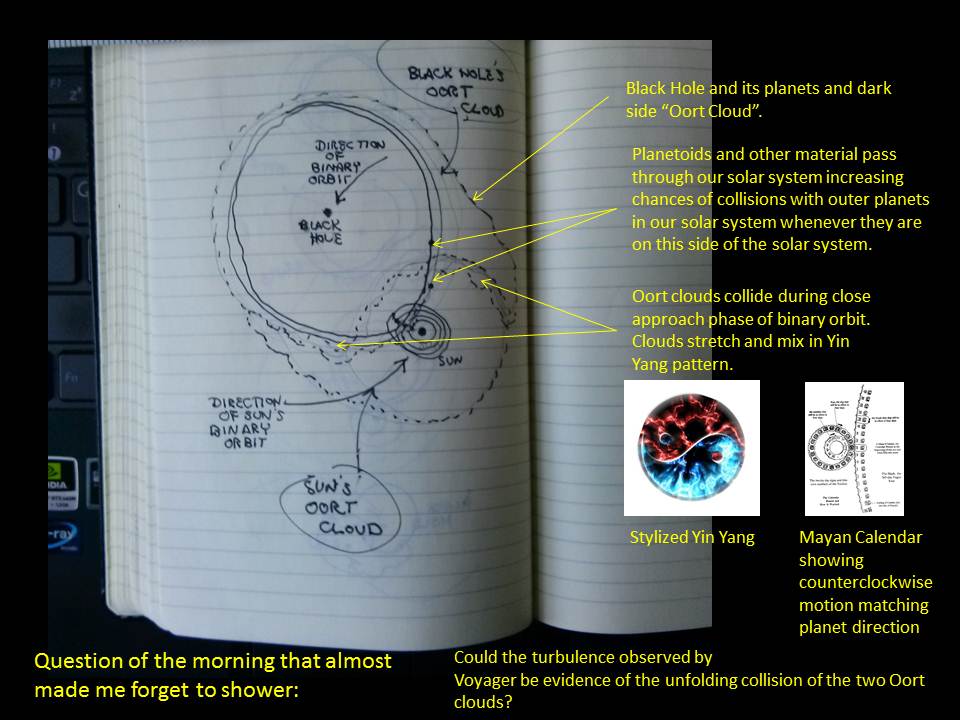 I’ve been thinking about the recent meteorite impact in Russia and my lucky guess a week earlier that the event was going to happen.  (See facebook posts Feb 7, 2013  Feb 9, 2013  I made this comment on Feb 1st responding to a facebook post:

“…Jack Althouse I ‘ve been watching data on it ( Asteroid 2012 DA14) since late 2010. The folks at the jet propulsion laboratory in Pasadena became quieter about this asteroid after the last set of observations were made Feb 2012. When I pressed for more info they made a general press release and said it should allay the public’s concern. The press release was for an asteroid that goes past earth in 2040! Something is up and they ain’t talking. I think they’re worried about what else is trailing either in front of or behind da14. Within a few months I think we ll see small news clips from the Russians about two or three other asteroids NASA either knew a little about but was too cautious to publicize that come” surprisingly” close to earth. Imagine what would happen if one of them hit? Or God forbid two struck near populated areas.