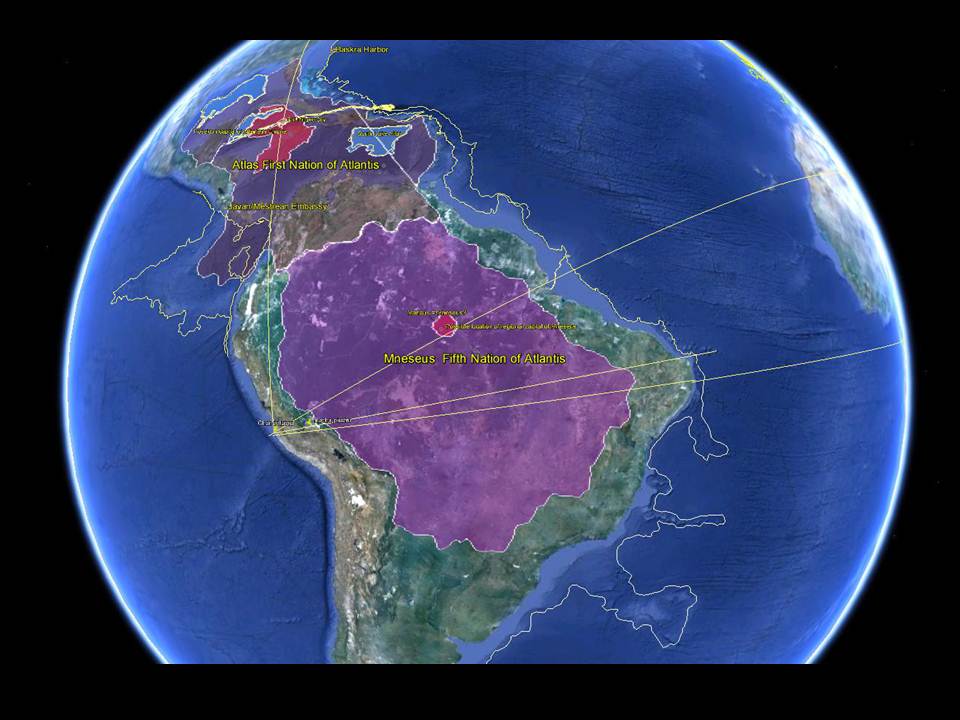 I didn’t have a lot to go on guessing a plausible location for the country that Poseidon gave to his fifth son Mneseus.  I noticed on an old National Geographic Map that a river and a major town in South America both had names similar to Mneseus :  Manaus.   I noticed that several major rivers in the Amazon basin join near modern day Manaus.  Not conclusive of course but a good starting point in my opinion.

The boundaries of my theoretical nation of Mneseus were drawn using the modern town of Manaus as a focal point. If Mneseus,  his nine brothers, and their dad Poseidon were control freaks as Plato implies,  worried about major tidal waves and foreign invasion, then Mneseus would have probably located his country’s capital equidistant from both coasts for protection and to maintain civil control.  Placing it at the confluence of several major rivers would also be logical for trade and protection. I think if someone went to modern day Manaus and did ground penetration radar studies southeast of the city, signs of a past civilization might be revealed about hundred to three hundred feet underground. I say this because this part of the Americas did not seem to be hit as hard as other parts of the western hemisphere. Burial by sediment deposition might have been less severe. 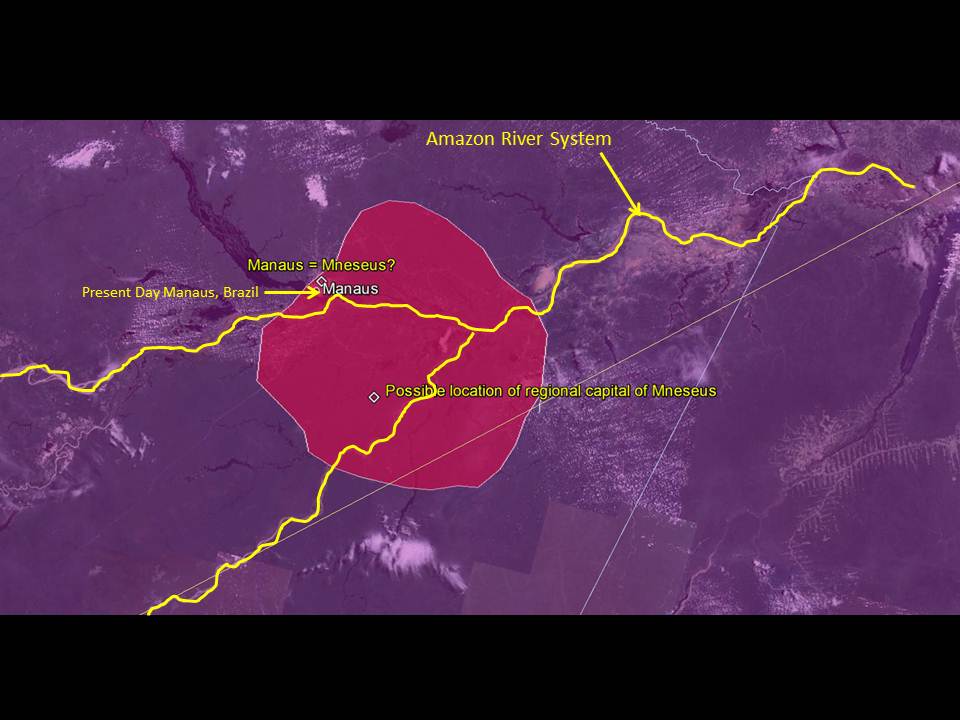