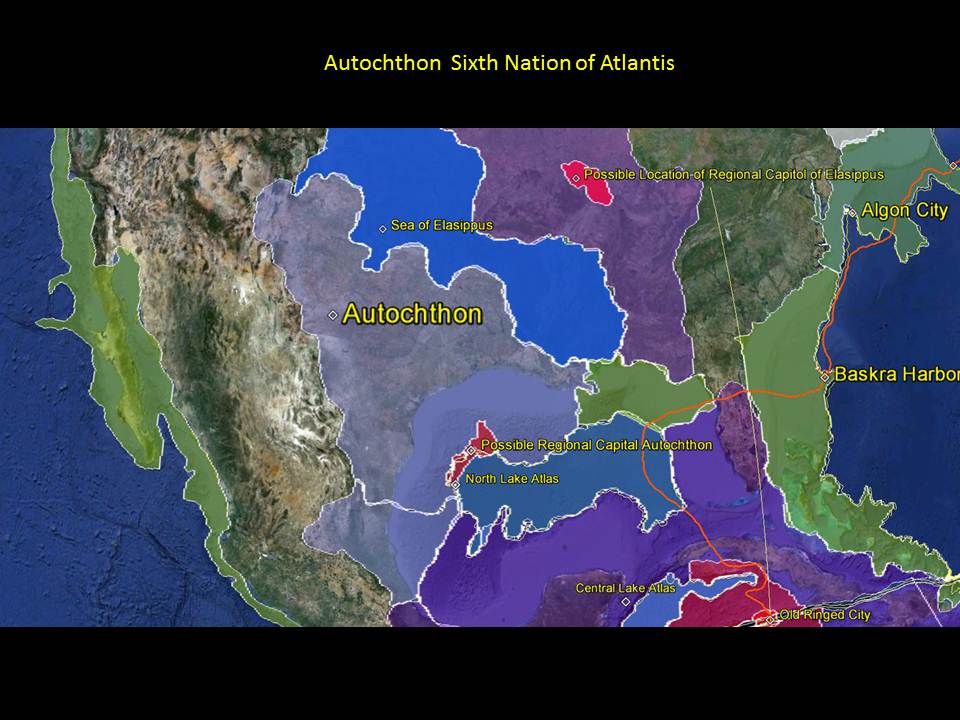 Autochthon was the sixth son of Poseidon. He was the younger twin to Mneseus. I thought Autochthon sounded similar to the names of cities in the Aztec culture. Locating Autochthon in the gulf of Mexico and portions of eastern Mexico, southern Texas placed him on the other side of Atlas, away from his elder twin brother Mneseus.  I located a sunken cove on the old shoreline of a lake that used to exist in the Gulf of Mexico Valley (my name for the valley) . The cove would have made a perfect harbor for a large city .   I placed Autochthon’s regional capital in that cove.  I think remains of an urban center might exist under the sands of the Gulf of Mexico at that location. 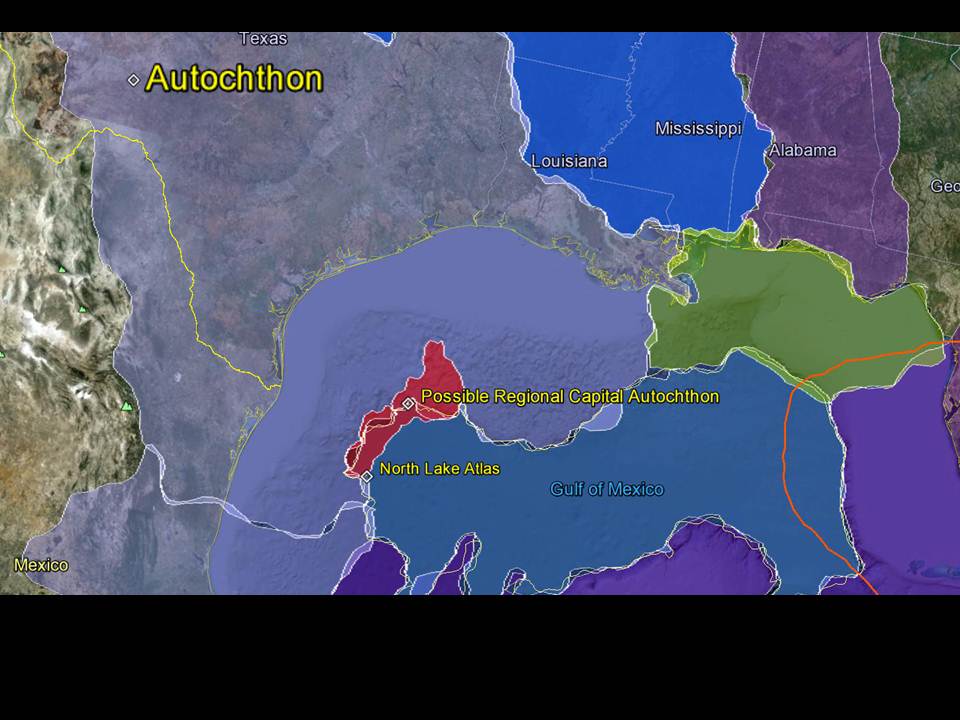