Amon, the jilted boyfriend of Suri who is placed in hibernation because of life threatening wounds suffered at the end of Second Birth, awakens in the Third Age and spends his life seeking redemption by trying to re-civilize a world sunken into barbarism. Joined by a team of fellow survivors of the Second Age who were also put into hibernation for various health problems, he travels to the Americas and struggles to carry out his mission.

Amon is Quetzalcoatl, Veracocha, Kon-Tiki, and Coyote; the bearded white skinned “god” with round eyes who brings music, science, medicine, hygiene, math, and astronomy to the ancestors of the Mayan, Inca, Polynesian, Northwest Nations, etc. He is also the carver of the giant El Candelabra, in Peru, the symbol that Jordan sees in Second Sight that guides him to Egypt. 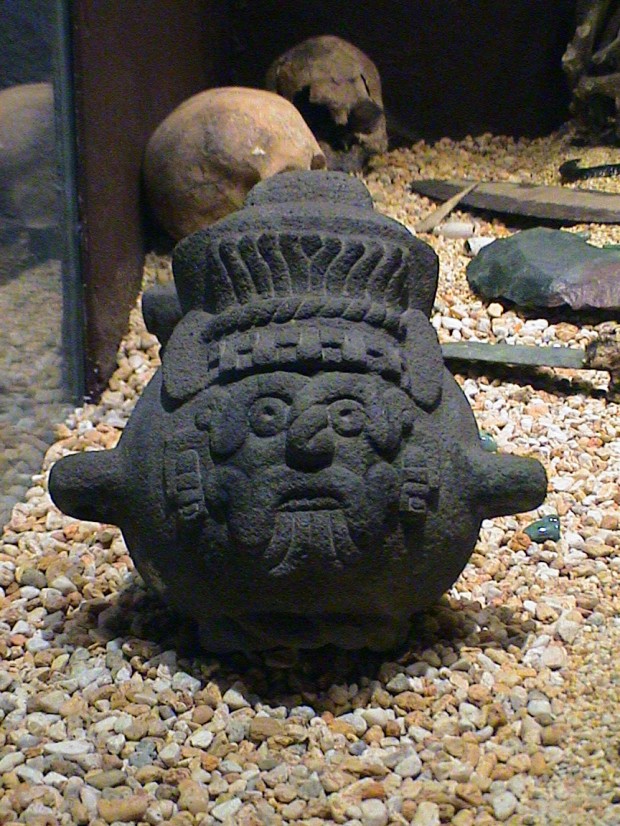 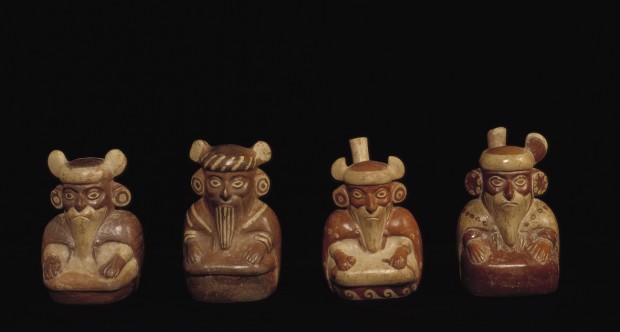 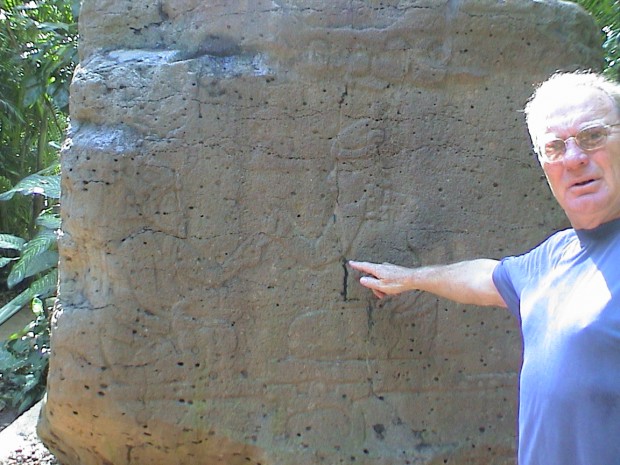 My friend George Erikson who appears on Discovery Channel and National Geographic series pointing out to the students traveling with us the bearded white “god” giving help to a Mayan king following the destruction of the Feathered Serpent or comet. 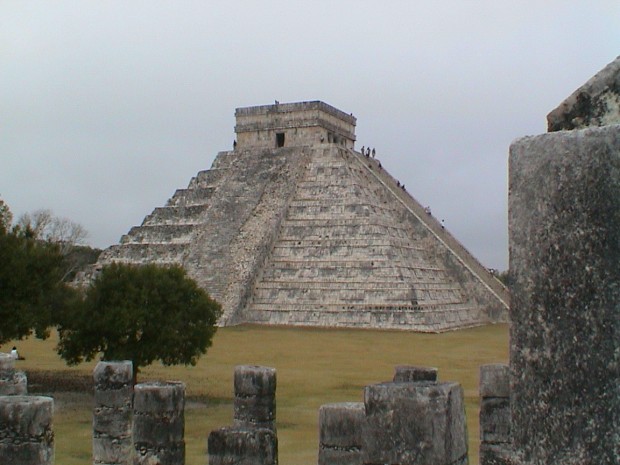 Wizard’s Pyramid or Magician’s Pyramid at Chichen Itza, Mexico. Magician is an old word for “Wise Man” or Scientist. The root word is Magi.  There are many pyramids in Mexico that are named the Wizard’s pyramid or Magician’s pyramid. Quetzalcoatl traveled the Americas for years, offering comfort, aid, education, and leadership. He was accompanied by a large band of followers who became his disciples. Some faiths call him the Christ of America. I don’t think that is accurate because his stories take place thousands of years before the time of Christ. I think he was an ancient missionary. He was scared, unsure, and determined. This pyramid commemorates his arrival in the Yucatan in the wake of the destruction of the Feathered Serpent. 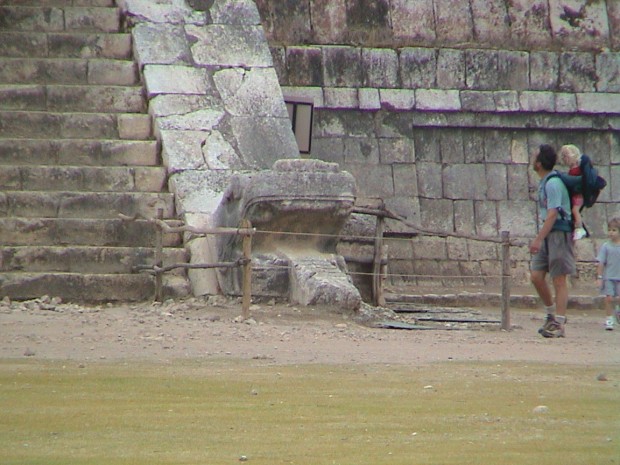 This is a close up I took of the head of the Feathered Serpent at Chichen Itza.  This “feathered serpent” or super comet returns on a regular basis. The stories of the destruction it causes are vivid and frightening. Sometime around 11,000 years ago it appeared over the Western Hemisphere, causing enormous destruction. 70% of plants and animals in the Western Hemisphere may have been exterminated in this terrible  event.  This may explain why so many cultures have a tradition of dreading comets. I wondered if other cultures in the Middle East had stories of the feathered serpent. 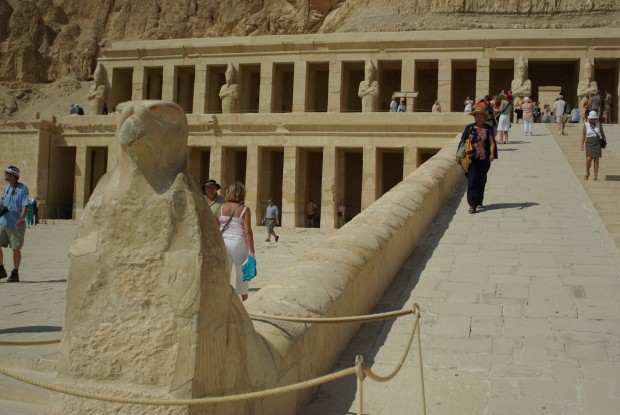 So imagine my surprise when I visited the Deir El Bahri Temple of Hatshepsut which is dedicated to the Falcon god Amon-Ra.  I knew about the stone Falcons sitting at the base of the famous ramp. What I didn’t know is the railing was covered with the long winding body of a serpent ! 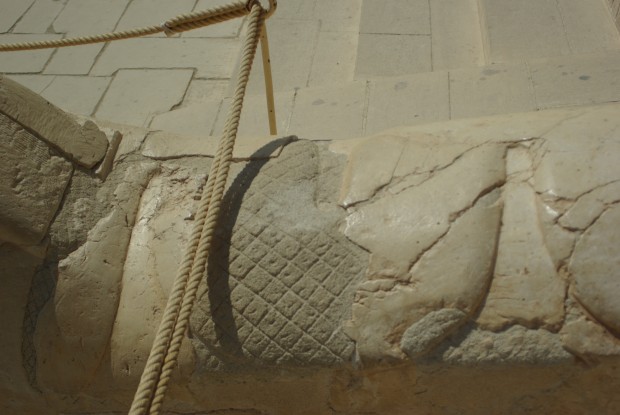 Here are some shots I took of the railing showing the serpent on the railing. 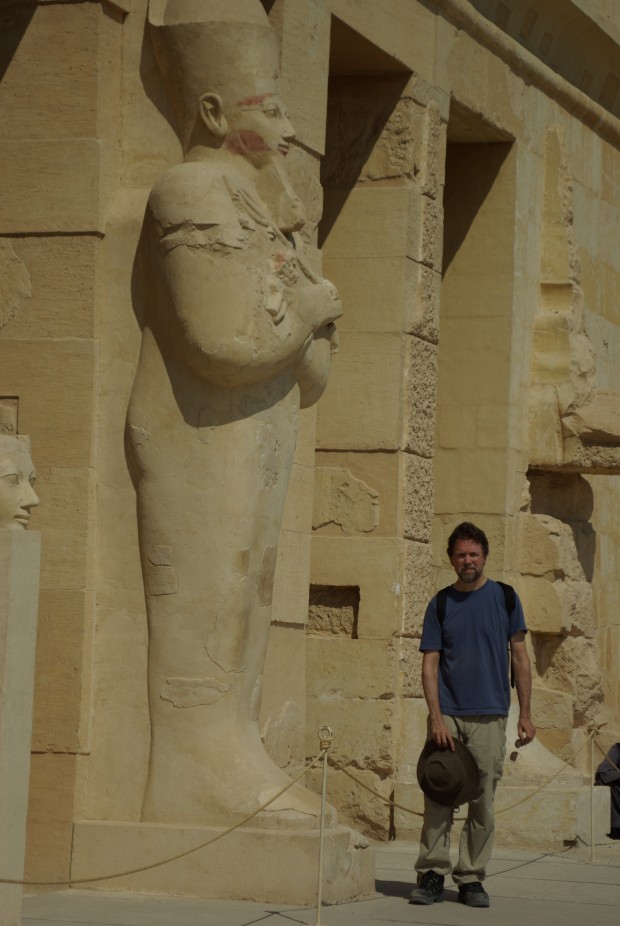 We all mess up in life. Some of us mess up phenomenally.  My life fits in that category. But the good news is we can never fall far enough that we can’t be pulled back up by our Creator.  I believe Amon-Ra went through that personal journey of hell and back. I believe he started as a King of immense privilege. And then like Amon in Second Sight and Second Birth, he wasted it.

Amon-Ra’s god image was initially depicted as a man with a Falcon head. He was a minor god in the Egyptian religion with no real following. Then something happened. He was driven out of Egypt and many years later came back.  His god image changed to a man with a Ram’s head and he became the most popular god in all of Egypt, the champion of the poor and helpless.

Is Amon-Ra also  Quetzalcoatl, Veracocha, Kon-Tiki, and Coyote?  Is he the white, bearded, round eyed god who fled Egypt in disgrace?  Did he land in the west and learn to dedicate his life to charity,  saving the decimated survivors of the western hemisphere?  I believe the answer is yes and I believe the people of the West saved him back. Where ever I walk the Americas, I feel the fingerprints of Amon, trying to do the right thing and hoping he doesn’t mess up in the process. I love this guy. I hope I get to meet him someday in the hereafter.

This is my story of Amon and I am sticking to it.  🙂