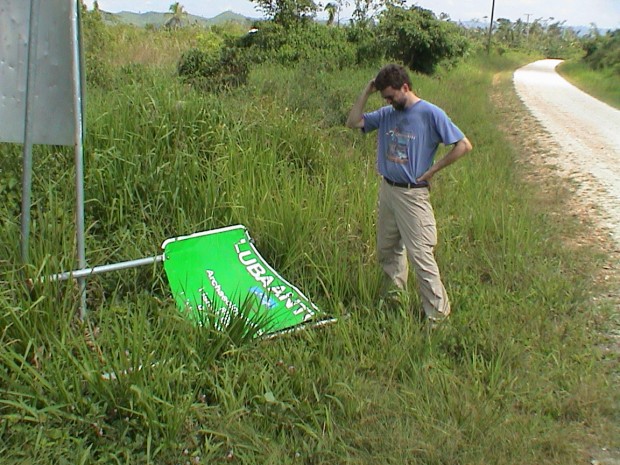 Kind of lost in Belize

From the Desk of

I write on behalf of Jack Althouse.  Jack is an excellent man, both singular in his character and eminently-gifted in his array of talent and contribution.

Jack brings a refreshing uniqueness to the table.  He is moved by his own field-of-vision rather than by the prevailing dictates of the world around him; the depth and scope of such vision is given clear luster and worth through his conversation, his talks and his books, within all of which one is treated to the discovery of something truly novel.

It is rare to come by such originality.  Jack’s personal humility may take gentle umbrage, but he has within him the same “stuff” as did C.S. Lewis, Mark Twain or Charles Dickens, in that there is a whole world that has been produced that is the product of the mental milieu of the man.  I say this sincerely, because I believe it to be truly so.

Jack’s conversation and talks range the wide concourse of such things as earth’s origins and destiny, the beauty of such animate creatures such as cats as well and the magnificence of such inanimate creations as churches and tombs, and (more profoundly still!) the perplexing nature of mankind.  He is a gentle yet manly soul who has wrestled with, been vanquished by and yet has masterfully-ridden, such profundities.

His books are cast within the genre of science-fiction yet, like the best examples, from Philip K. Dick to Stanislaw Lem, they transcend the genre, thereby giving his work a validity that is manifest beyond the confines of a sub-culture of writers and readers.

A letter of recommendation such as this needs to be brief; to borrow from Jack’s own words as found in his novel Second Sight, “I could have spent the rest of my life exploring this place.  Sadly, I only had minutes.”  I offer three more thoughts:

First, the quality of writing is self-evident, as illustrated by the following extract from Second Sight:  “I sighed and prayed for clarity.  As I relaxed and listened, my mind settled and focused.  The feeling grew back into a thought.  The thought grew into a certainty.  The certainty solidified into words.  The words moved across my mind in a rush.  I was caught in its current, helpless to do anything but listen.”

Second, such a passage is indicative of Jack’s talent and character, and anyone who encounters him will heartily agree.  He is an island unto himself, insofar as the world of letters and thought are concerned, and the open-minded and open-hearted will readily run to such an island for comfort and stimulus.

With my dad in Hallstadt, Austria…. where the science of archeology began 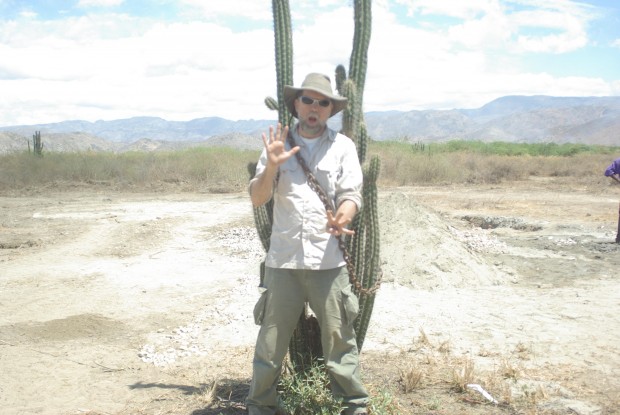 I am writing this as a first-person witness to the successful and exciting impact that Mr. Jack Althouse’s  (Jack) presentations, based on his theme “Mysteries of Ancient Architecture”, have made on my congregation at the Jarrettown United Methodist Church, and on participants from our community.

I want to start by pointing out that we at Jarrettown first got to know Jack as an accomplished architect. His firm designed and built the new wing for our church and renovated our existing sanctuary.

Several years after the building project, I received reports of wonder and excitement from many of the men at my church who had heard Jack give his presentation on “Ancient Architecture” at one of our monthly Men’s group meetings. I was not able to attend the event, and I was keenly disappointed to have missed out. In my 30 years as a member at Jarrettown, I had not heard this level of across-the board enthusiasm from the men towards any presentation or event at the church. The afterglow of conversation went on for weeks.

Fast forward  one year. Inspired by the buzz from the men’s group, we decided to put together an event at the church, which would be open to the community, where we would showcase a presentation by Jack. I was on the event team, in charge of publicity. In this role, I had the opportunity to work one-on-one with Jack to develop the event marketing and promotional materials. At this point, I only knew Jack by reputation, and I did not know what to expect from the man. Jack gave me full access to his website, copies of previous presentations, photographic resources, and even a draft manuscript for his first novel, which was then in development. With Jack’s help and blessings, we designed some appropriately cool and exciting materials to get the word out.

Jack prepared a talk and PowerPoint presentation specifically for our event. Because this would be open to all ages and backgrounds, Jack made a tailored effort to communicate and connect with this potentially diverse audience. He also added plenty of fresh material to pique the intellect of those who had attended the earlier presentation.

The impact of Jack’s presentation was very positive and enlightening for each person that I talked to.  Jack comes across as a conservative, careful, intelligent man. But as he unpacks his subject, the aura in the room changes. The presenter transforms  into this real-life “Indiana Jones”, who peels back a heavy canvas tarp of misinformation to reveal beneath it a fantastic adventure of truth. He safely explores the forbidden, and the listener joins with him in the lifelong pursuit of a worthwhile mystery.  Jack unveils several electrifying  theories, which are soundly based upon bountiful evidence from ancient history, archaeology, geology, astronomy, and various historical documents. He made use of fascinating photos, charts, cartography and quotes to convincingly tell the story and sell his ideas.

I have personally been enlightened by Jack’s work. As an educator, he has changed my life, not only in the area of  “Mysteries of Ancient Architecture”, but in his approach to facts and his evaluation of evidence, which can be applied equally well to many challenges in life. I have become a stronger, better person intellectually and spiritually thanks to his teaching.

Thank you for reading.

” I enjoy pondering the perspectives on human history Jack presents. He presents views that combine multiple source documents and this combination is groundbreaking. When I leave his presentations I have a renewed interest in human history and I want to hear more.” 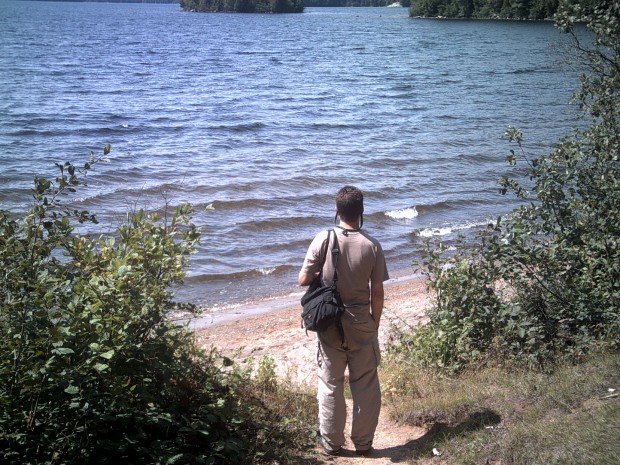 Jack Althouse has given his personal time to my students over the last six school years.  He is an exceptional guest speaker who has an incredible knack for getting students to discuss topics he raises for long periods after his presentations.   Students are inspired by theory and imagination, coupled with critical and creative thinking, revolving around ancient mysteries and archaeological sites.

Jack supports student discussion by inviting students to his face book page (parental permission only) for follow up after question and answer sessions are complete.  His method of questioning   elicits student interaction by his ability to purposefully leave many questions open ended.  Student decision making is supported by presenting the facts first and allowing students to create their own interpretations.

Jack is a motivator and a catalyst for thinking the unthinkable.  His style works particularly well with my “high flyers” because thy also believe there is no ceiling to achievement or creatively solving questions.  Lastly, he trusts the students.  The room becomes collegial and he considers student thoughts as they consider his thoughts.  He also allows them to handle objects of the past. This level of trust clearly increases dialogue throughout the room.

Jack has been an incredible resource for my students.  Jack has a clear love for his interests.  He continues to challenge my students while volunteering his time without any interest of something in return.  I thank him for his time and dedication to my students.

Versailles, France        Krax and I helping Louis give directions

“I attended Christopher dock Mennonite high school where I sat in on Mr. Althouse’s presentations and I found what he had to present to be extremely thought provoking and inquisitively interesting. I appreciated his openness to all possibilities; even ones different than his own and the depth of research and time that he put into his theories.” 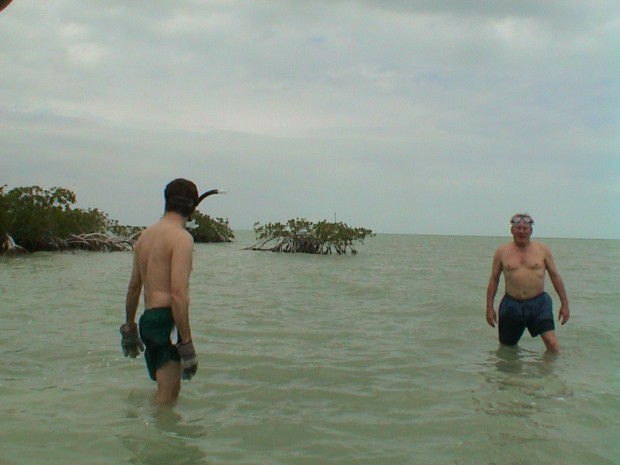 A local fisherman took us out when we asked if he knew of any submerged structures.

He fished here often. The water was solid green with algae.

We felt around the edges of the stone platform and found steps leading down deeper into the water.

Snorkeling and underwater photography was impossible.

Jack Althouse is our churches architect, having designed our initial worship center in 2003 and an addition in 2007.

He offered two teaching seminars at our church that connected his research in the areas of Biblical Archaeology, world religion/culture and architecture which were very well received.  Along with the very interesting lecture, and graphics and photos shared on our worship center screen he provided a dialogue, through questions from the audience to him, and questions from him to the crowd. We came away having our understanding of God’s universe, and His love for all of His creation, enlarged and deepened.

I strongly recommend Jack Althouse as a source of information, whose presentation creates a catalyst for individual growth and understanding of God’s purpose. 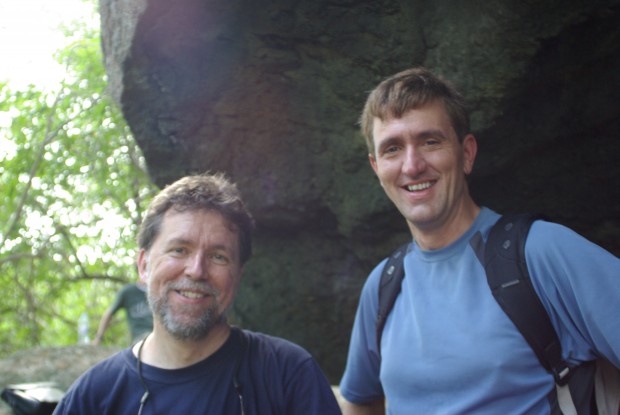 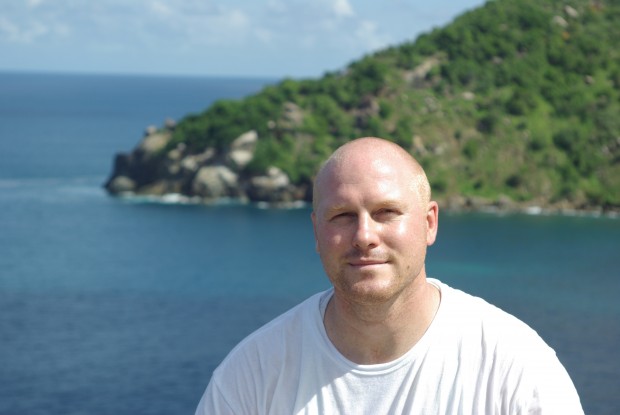 I have the privilege of being friends with Mr. Jack Althouse and have invited him several times to come and speak to my classes about ancient civilizations, “lost” technologies and ancient religious and astronomical influences. As an Earth Science teacher in a high school setting, I utilize Mr. Althouse and his ability to exercise concepts in Geology, Astronomy, Meteorology and Environmental Science. His entertaining delivery and knack for conveying information and applying course related concepts in theories regarding ancient civilizations is a favorite of my students. Students request him to come and speak and talk about having discussions with their friends and family about the topics presented. Jack is also a friend of SAVE, our school’s Environmental Club, which I am the advisor. I have had Jack come to speak to SAVE about his world travels and about his many experiences and adventures. He has also been used as a chaperone on our annual camping trip where students have enjoyed his stories and conversations. In my experience, I have observed Jack’s influence on my students to be inspiring, stimulating and motivating. His conversations initiate curiosity, interest and intrigue. It is a pleasure to have Jack as a resource and to have him come into my classes and stimulate young minds.